My mind, in the last week, has been filled with images of violence against George Floyd, the convicting voices and actions of many thousands of people from the US and in the UK calling for a different society and my own thoughts about how we respond at St Christopher’s.

It would be easy to consider this an issue beyond the work of St Christopher’s, or perhaps too big and fundamental for us to impact. But I think that position would be wrong, and it is my view that we have both a responsibility and an opportunity to do something more positive in redressing current injustices that exist that place black people at a disadvantage.

The responsibility we have to respond exists at many levels – as individual citizens, as an organisation, as a leader in the sector of hospice care and as part of a system of healthcare. It would be naïve if any one of us were to believe that St Christopher’s has not, in some ways or at some points, failed to act in a way that gives the same rights and opportunities to black people as to those that are white. Indeed we, as an organisation are cited in a petition by a surgical registrar working in Bristol who is calling for a change in the school curriculum to celebrate ethnicity and diversity in UK schools. He recalls coming to St Christopher’s as a volunteer aged 17 years and describes how ethnic volunteers were placed in the kitchen, whilst the white volunteers got to work on the ward.

Thankfully that is a long time ago but not long enough for us not to be proactive in our plans and efforts from today onwards to ensure that this or something similar never happens again. I shall personally sign his petition and invite colleagues committed to the same end point to do the same.

There will be other examples too, and we know at a clinical level that people who are from minority ethnic backgrounds are often unable to access hospice care or to have the same outcomes as those who are white – an inequality already in our sights and which we have plans to redress through our clinical developments. As importantly is our work with schools in the future, with young people who attend Summer School and similar, let’s make sure that we celebrate the many different people who have changed the face of dying over the years.

Over recent years we have taken positive steps. We’ve established an Equality and Diversity Group who have led on the development of a policy and charter to guide our efforts. We’ve sought the expertise of an external consultant to provide all managers at St Christopher’s with Equality and Diversity training and provided additional training on Unconscious Bias for senior staff. We’ve committed to producing an annual publication outlining how we meet the Workplace Race Equality Standard (WRES) which is available on our website. We’ve introduced a new job application system which anonymises applications as part of the shortlisting process and sought feedback from BAME employees about their experiences so we can continually improve. Finally, we’ve been particularly delighted to have seen a significant increase in the number of staff from BAME backgrounds – rising from 11.5% in 2015 to 29% in 2020.

Yet, we know there are still many more opportunities for us to respond and we are committed to doing so. I know personally and professionally the value of working with people who are different to myself. Working in a diverse workforce and serving a population that is characterised by its diversity can be hugely enriching and helps to remind all involved of the many different vantage points held by individuals seemingly looking and experiencing the same thing. Albie Sachs, the activist and judge from South Africa who worked alongside Nelson Mandela advocates for engagement in the struggle against racism and related injustices on the part of us all as a way of increasing our own sense of identity and personality. Human solidarity, achieved by coming together, is positive he says, and that could not be a position closer to our aspirations as individuals and a hospice delivering high quality palliative care.

We are people, an organisation, part of a sector that recognises that coming together with fellow humans at a time when they most need help is where most healing takes place. I invite you to join me in that place now as we stand in solidarity with black people to change society and make the world a better place. 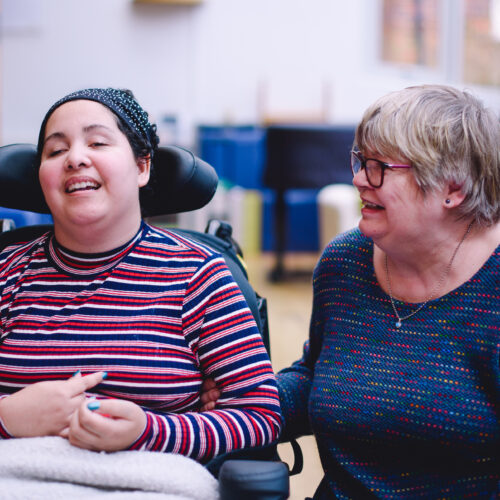 Are you a carer? Read our top 5 self-care tips