REGISTER YOUR INTEREST and CALL FOR SUBMISSIONS 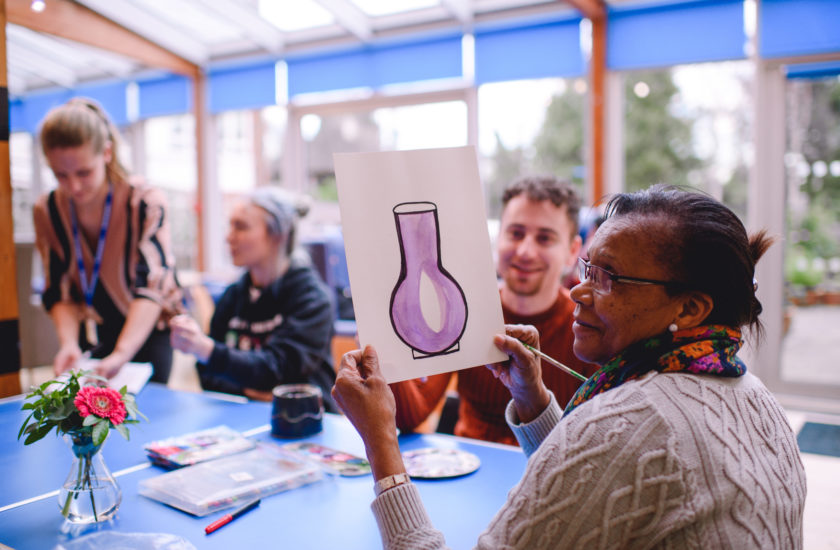 A one-day conference, featuring special keynote speaker Michael Rosen, to explore ways in which creative arts provide support and facilitate meaning at the end of life – as exemplified during the pandemic

Facing Death Creatively During a Pandemic

The theme of this, our fifth such conference is Facing Death Creatively during a Pandemic – exploring ways in which the creative arts have held us together through the last year or so, providing support and giving meaning to the end of life and bereavement.

Through a mix of seminars, exhibitions (making full use of our fabulous new St Christopher’s CARE exhibition space), performances and workshops, this one-day conference will provide attendees with an opportunity to reflect upon and share the many important ways in which creative arts play an important role surrounding death, dying and loss generally and specifically the innovative ways they’ve provided support during the pandemic.

We are also delighted to welcome a very special keynote speaker to this year’s conference – Michael Rosen, the writer, former Children’s Laureate and TV presenter. Among his many books, Michael wrote Michael Rosen’s Sad Book after the death of his son, aged 18. Michael himself spent seven weeks in intensive care with COVID-19 in 2020 and has recently published Many Different Kinds of Love: A Story of Life, Death and the NHS.