Mike Conway, from Lee, joined over 50 cyclists to pedal over 300 miles to Paris in memory of his son, helping to raise over £100k for St Christopher’s Hospice 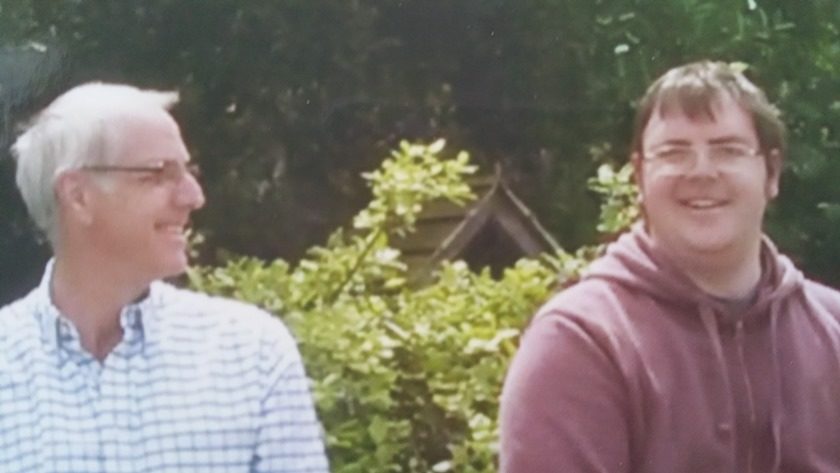 Mike Conway, 63, from Lee, was pedaling in memory of his son, Thomas, who died at the hospice in November 2015, aged 32. He was among a group of over 40 hospice supporters and ten St Christopher’s staff who have been training exceptionally hard for more than six months to undertake the gruelling four day trip, which involved cycling up to 95 miles in just one day.

Mike explains why he took part, “Five years ago I started cycling socially to keep fit. Tom was constantly sending me links to charity bike rides and saying ‘why don’t you do something useful?’ but I never did. Six months after Tom died, I got an email from St Christopher’s about the London-Paris bike ride and I just thought ‘oh no, he’s still having a go at me!’ So I signed up, both as a tribute to him, but equally to fulfil his nagging. There have been times when training when I’ve thought ‘Tom why did you get me into this?’ but I’m spurred on by him even after his death. Taking part was also a great way to support St Christopher’s who did so much for him.

“Tom was the oldest of our four children and became an English and Drama teacher. He was married with two small children. Tom had lived with a brain tumour for around 10 years but in September 2015 all treatment was stopped as the tumour hadn’t been responding to it. His 32 birthday was on 17 November, and he died less than a week later.

“Tom spent the last 80 days of his life as an inpatient at St Christopher’s, and it became his second home. The level of care at the hospice was astonishing, there was nothing that was too much trouble for the staff. Our whole family were supported through services at the hospice, from practical support through advice to counselling. You never felt that there were staff, families and patients; instead we were a community, acting as one, with our sole aim to manage this difficult situation for everybody.

“I’ve never done anything like this before but everyone assured me that it would be fun, which fortunately, it has been! The sense of comradery among the group was amazing. I did the ride with my friends Dai and Patrick, and all our families were here to meet us in Paris which was phenomenal. Everyone has been very keen to come and welcome us at the finish line, but less so to do the ride! My family have raised more than £7,000 in total. People were happy to support us, both because St Christopher’s is a fantastic cause, and in memory of Tom too”.