Our care » What we offer » Creative arts therapies » Schools Project 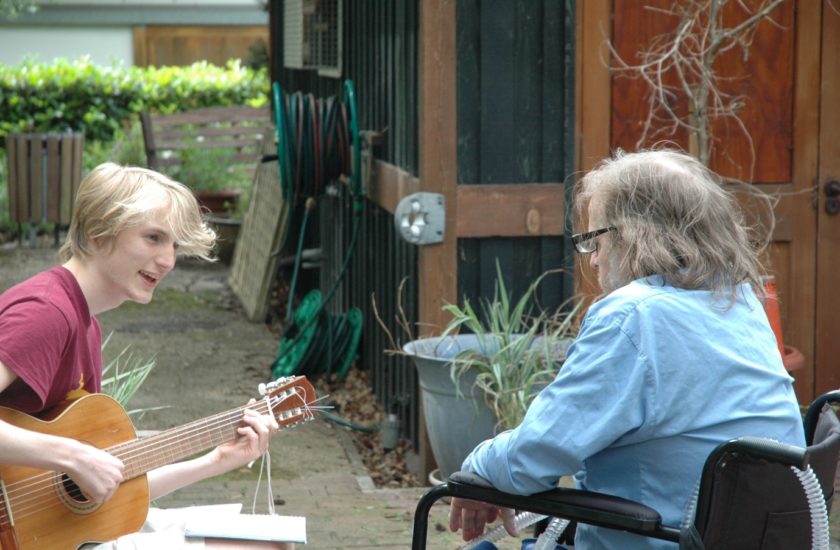 The reality of death and dying is rarely discussed openly in modern Western societies, while death sometimes is even considered to be a ‘failure’ in the context of traditional, medically-focused healthcare systems. Similarly, loss and transition are part of the National School Curriculum in the UK, but many schools still find approaching these subjects difficult.

In this context St Christopher’s hospice in London has initiated and delivered the ‘Schools Project’ since 2005.

The St Christopher’s Schools Project is an innovative community arts programme. It takes the form of short-term collaborative arts projects between terminally ill patients and students from primary and secondary schools, as well as colleges within the hospice’s catchment area.

The Schools Project has attracted the interest of many other hospices, as well as other healthcare institutions and inspired the development of similar projects, both nationally and internationally.

Aim of the Schools Project

The aim of the Schools Project is to introduce the hospice and its work to the school communities in a creative and non-threatening way. Within a structured framework students are given the opportunity to interact and engage in music and art making together with terminally ill patients, culminating in an exhibition or performance.

Promoting healthier attitudes towards death and dying amongst the students, their teachers, school peers, parents and carers, is at the core of the project.

Contact the Arts team if you’d like to take part in a School’s project and we’ll let you know when the next project is scheduled.