St Christopher’s bowled over with a £2,696 cheque from Metropolitan Police (Hayes) Bowls Club 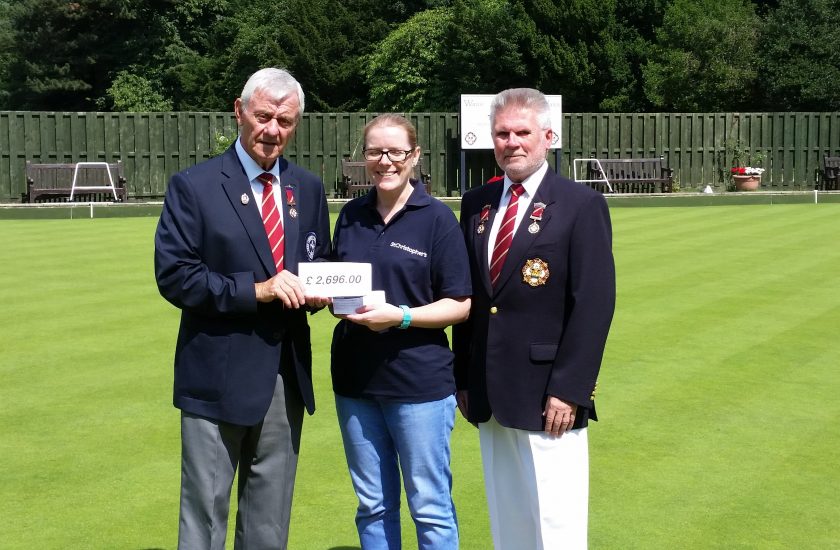 The Metropolitan Police (Hayes) Bowls Club have raised £2,696.00 for St Christopher’s Hospice. The group held a Race Night in April and St Christopher’s fundraiser Christine Davies was delighted to go and collect the presentation cheque from the club’s President and Chairman on Sunday 24 July 2016.

St Christopher’s fundraiser Christine Davies, says, “We are thrilled with the donation from the Metropolitan Police (Hayes) Bowls Club. The club has been a tremendously supportive of the hospice for many years and it’s community organisations such as these that provide the funds to keep St Christopher’s doing their amazing work.”

The club has been raising funds specifically to buy much needed syringe drivers for St Christopher’s patients. Small, portable, and straight-forward to use, syringe drivers deliver pain-relieving medication without causing the patient any restriction or discomfort, so that they are able to make the most of the time they have with family and friends.