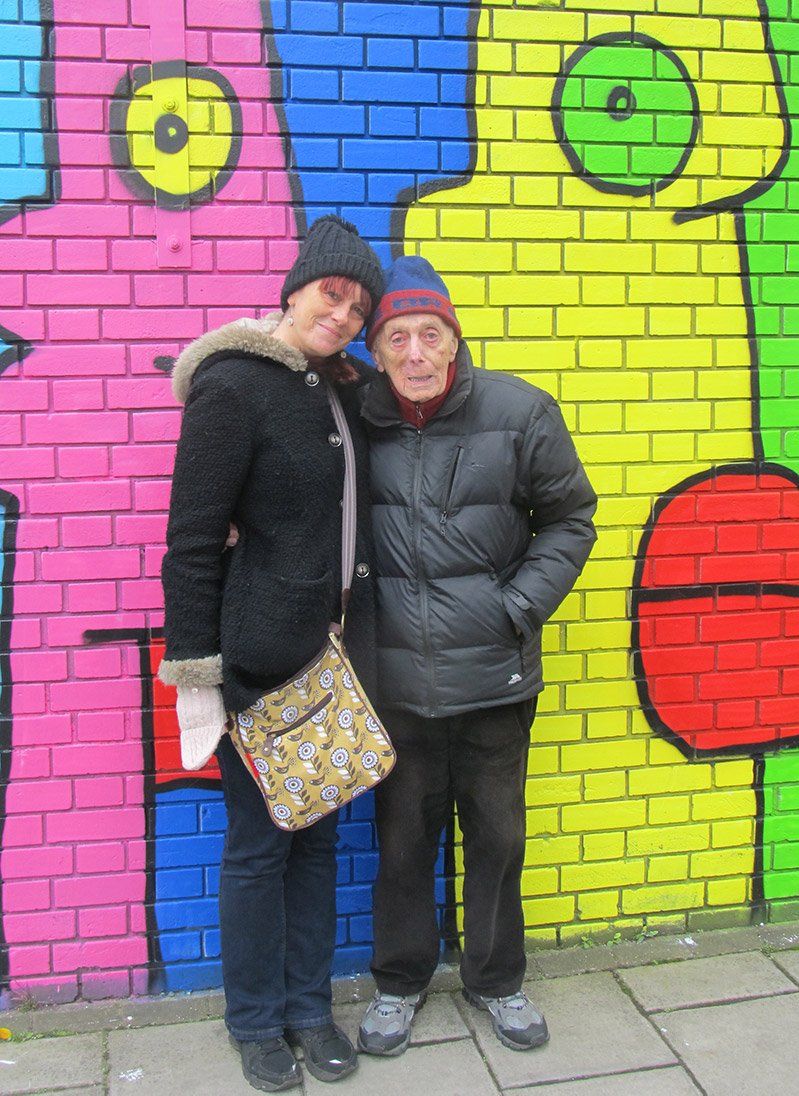 “Dad was always completely fearless and intrepid. Nowhere was out-of-bounds to him. He’d squeeze through fences, clamber up fire escapes and wander down dark alleyways in search of graffiti.”

For Jane and her dad Gordon, graffiti was so much more than spray paint on the side of a building. From skate park tags to Banksy, Gordon loved everything that the graffiti world had to offer. Come rain or shine he would be out with his camera on the hunt for the latest piece of street art, often with Jane in tow.

Here Jane explains how her dad’s love of photography kept him going through his illness:

“Dad was always a keen photographer and after Mum died of breast cancer in 1995, he retired from his job in a sports shop and began to spend more time out with his camera in London, taking pictures of anything and anyone he stumbled across. If there was a parade, a protest march or a press call, Dad would somehow find out about it and wangle his way into prime position. This later developed into a huge enthusiasm for London’s graffiti and street art scene. In his 70s and 80s, he got to know a lot of the artists and spent more and more time photographing them and their work.

“In 2012, he was diagnosed with prostate cancer that had spread to his bones, but his obsession continued to grow. He was also diagnosed with a separate oesophageal cancer in 2016, but he still wanted to go out every day to photograph graffiti! So nobody was happier than Dad when street art started to pop up around Penge and Sydenham. When he spent a fortnight on City Ward at St Christopher’s for symptom control in March 2017, we still had to take him out in the wheelchair with his camera. Graffiti gave our lives structure and focus when everything else seemed to be falling apart.

“Now, a little over two years after Dad died, I’m left with – literally – tens of thousands of photographs of everything from street art in Penge to political rallies, parades, naked bike rides and other people and events in London – many of which must be seen to be believed! And as I look through them all, I’m beginning to realise I didn’t ask him the right questions. He never bothered to mention, for example, that he’d bumped into Nelson Mandela. Or Prince Charles. Or Eric Cantona, for heaven’s sake! He never thought to tell me he’d watched people eating cold meats off someone’s bottom. Or that he’d been warned to back off by the police at a Stop the War march. But then again, maybe it’s just as well…

“As a hobby, my husband Tom and I run a small press called Colossive Press and we decided to produce a book of Dad’s street art photographs to raise money for St Christopher’s, alongside his story in my words. How Graffiti Saved My Dad’s Life (At Least For A While) was published last November and has so far raised around £1,500. We’ve just been relying on social media and word-of-mouth, but we’ve been overwhelmed by the response from people all over the world.

“We’ve also just published a slightly smaller ‘prequel’ – Things My Dad Saw (But Never Bothered Mentioning) – which is a collection of Dad’s London street photography, with all proceeds again going to St Christopher’s.”

We have been truly inspired by Jane’s story and her incredible support of the hospice both through these books and through her work as a ward volunteer and Coach4Care coach. So thank you Jane and next time we’re out and about in the local area we’ll be sure to look out for some of Gordon’s favourite pieces of graffiti.

Here are just a few of the extraordinary moments that Gordon captured from behind his camera lens. If you would like to see more of Gordon’s photos and read more from Jane, please visit: https://colossive.com/

A second book, More Things My Dad Saw (But Never Bothered Mentioning), has now been published with all profits to St Christopher’s. 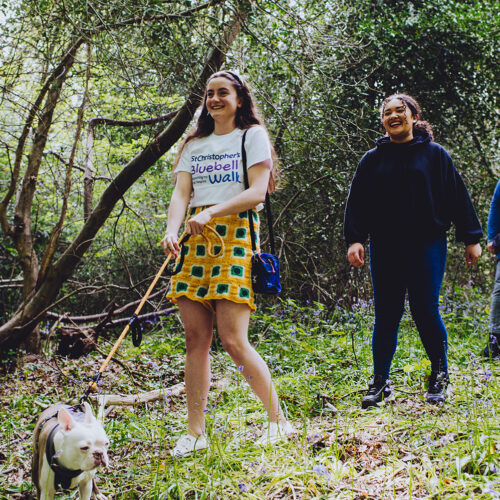 Let nature into your life!