John explained, “My mother died at St Christopher’s back in 1981 and my father had often raised funds for St Christopher’s before he died in December 2017. We had been his carers for quite some time and after he died, a friend who does a plant sale for the hospice, told us about Open Gardens. We thought that, as St Christopher’s was something that meant so much to him as well as us, we would get involved and support the hospice. We have been keen gardeners for many years and getting the garden ready gave us something to focus on.”

Jo continued, “The day itself was wonderful. The weather was really hot and we were delighted that so many people wanted to come and see our garden. They were literally queuing to get in. What was lovely was that many of our neighbours also came along, which gave us a great opportunity to get to know them better. With so much to do, we had friends and family on hand to help with everything from serving refreshments to baking cakes. That was particularly fun as it felt like something we were all a part of together and made for an even more enjoyable day.”

“In total we raised over £2,200 for St Christopher’s from the admission fees, refreshments and the plant sale. People were so generous in donating things for us to sell on the day. So many little things really added up to such an amazing amount, which will make such a difference to the people that the hospice cares for.”

This year Jo and John will be keeping it simple and just gathering with friends and family and you could get involved too by either opening your garden to the public or just for family and friends to raise some money for St Christopher’s. 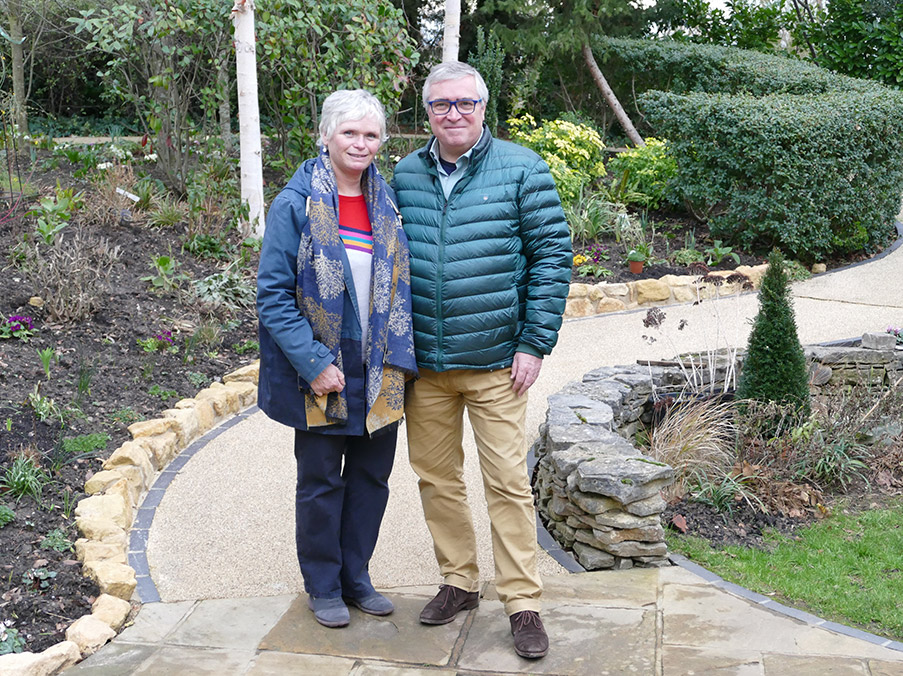