"When you lose a loved one you have a blanket of sadness and people become trapped in it. I’ve let the love that I have for Sadie breathe"

Julia France’s daughter, Sadie Rance, died aged 24 in March 2015. Sadie was cared for by St Christopher’s and Julia was kind enough to share their experiences with us.

“I’ve lived in Shortlands in South East London for 21 years but am originally from Pinner, in North West London.

Since Sadie died in March 2015 I’ve helped many other mothers who have lost children. I sit and I listen and I tell them how I’ve coped, hoping that this will help to keep them positive and give them a different way of thinking. It’s really important to me to give back to humanity; helping others helps me. People were so amazing to me when Sadie died so I have to give something back. I drive all over the Home Counties to help people. I can give people hope that they can live and be happy and keep the memories alive.

When you lose a loved one you have a blanket of sadness and people become trapped in it. I’ve let the love that I have for Sadie breathe. I’m grateful for the 24 years I had with her. If a song comes on that reminds me of her I think ‘thank you Sadie’- I’m very open. I see something beautiful and I see her. It’s about conditioning your mind to keep your loved one alive; in nature and in music. For me it’s the only way. We’re conditioned to think in certain ways – I can’t go down the street without people saying ‘how do you get up in the morning? How awful for you.’ They mean well but those kind of comments condition you to feel negativity.

When we first heard about St Christopher’s Sadie refused to go. She thought you’d go there to die and it would be full of old people, not young people like her. So they came to our home.

It was Phillipa Sellar (Clinical Nurse Specialist and Young Adult’s Group Co-Ordinator at St Christopher’s) who came to visit. Sadie was always so bubbly and friendly but she wouldn’t even talk to her. But Phillipa very quickly gained Sadie’s trust. The very next day after her visit, she’d come up with practical solutions for every one of Sadie’s problems at that time and pre-empted problems too. She was absolutely amazing. After a few months we convinced Sadie to look at St Christopher’s. She sat in the Anniversary Centre and just cried. She was young and as lovely as it is there, it just wasn’t where she wanted to be. So the team at St Christopher’s continued to support Sadie at home. Sadie did go back for counselling with Jinnie and Jinnie wrote a poem about Sadie; she really understood her.

Sadie studied at the University of Winchester and was a Welfare Officer there. She had wanted to be a teacher and had volunteered since the age of 14 with children with profound and multiple learning difficulties. It takes a certain type of person to do that.

We as a family all accepted that Sadie was going to die. We talked about everything openly and faced everything together. At the end of her bed was a box which she made me promise I wouldn’t look in until she died. Inside there were letters for each of us.

We made sure that Sadie had a fantastic time. We went to Claridge’s for lunch, she took her friends on holiday and went to festivals.

At one point we were told she had three weeks to live. Her boyfriend, Jason, who she had met at university, proposed. They got married in Oaks Farm in Shirley – she walked down the aisle thanking everyone for coming and by the time she got to the registrar she said she couldn’t start yet as her face was hurting from smiling so much! She said she never knew that level of happiness was possible. Phillipa was amazing and devoted the whole day to her. She arrived early in the morning to remove all the evidence of cancer treatment that she could from Sadie’s body. It was important for her to help Sadie walk down the aisle without her syringe driver and nasal tube.  Just before Sadie entered the ceremony, Phillipa injected her to give her a boost. She kept her topped up with pain relief, steroids and anti-sickness medicine all day.  She even offered to visit Sadie and Jason in the middle of their wedding night just in case!

Sadie wanted to die at home and I knew that St Christopher’s would make it happen; and they really did. One night Sadie could barely breathe so I called 111. The paramedics wanted to take her into hospital but we refused. If she was going to die, she would die at home. The hospice sent a doctor round who supported our decision and said no to the paramedics taking her in.

St Christopher’s has such caring, knowledgeable people. Phillipa would ring us even on her days off. We were in Sutton Marsden where Phillipa was going to meet another young adult for the first time. She popped in to see Sadie who said to her: ‘They won’t like you when they meet you but they will grow to love you in no time at all.’

We were so lucky to live where we do – between two Marsden Hospitals and St Christopher’s Hospice with access to 24 hour district nurses – it’s the best.  I hope no one ever needs the services but wow we are so lucky to have them. A lot of hospices don’t even have a young adult’s group.

People mustn’t be frightened of the hospice; it’s just a word that we’re conditioned to feel frightened of. It’s there if we want it and I wouldn’t hesitate to recommend it.

I’ve been to a bereavement evening at St Christopher’s and I go along to Death Chat and, sometimes, I go in to just have a cup of coffee. Death Chat is a very good outlet for people who need to talk and it’s very well run by Andrew Goodhead, the Spiritual Care Lead at the hospice.  Even though Sadie’s died I know that the team at St Christopher’s are there if I need help and there’s plenty going on there that I know I can go to. Phillipa still keeps in touch too. From the very start of treatment, to when Sadie passed, she was a complete rock for our whole family. We are eternally grateful to her and all at St Christopher’s whom looked after my whole family, so very well. ” 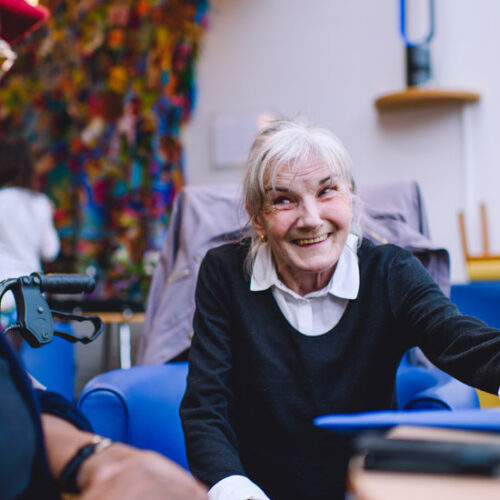 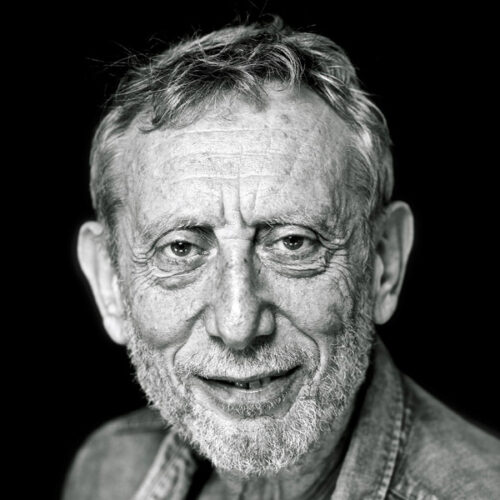 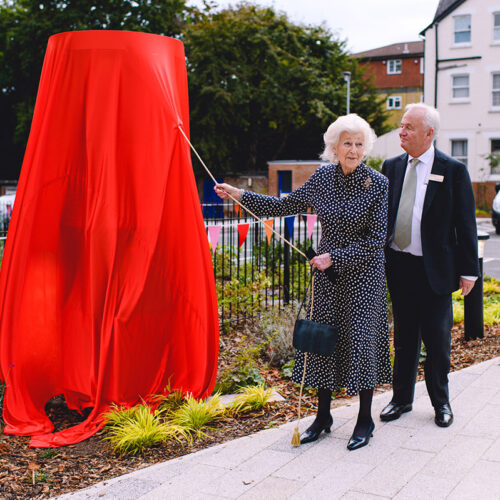 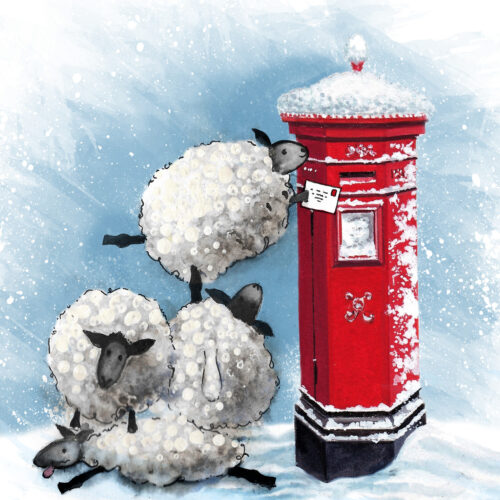