Kay, from West Wickham in Bromley, is walking to remember her father, Al Reeve, and thank the hospice for the care he received 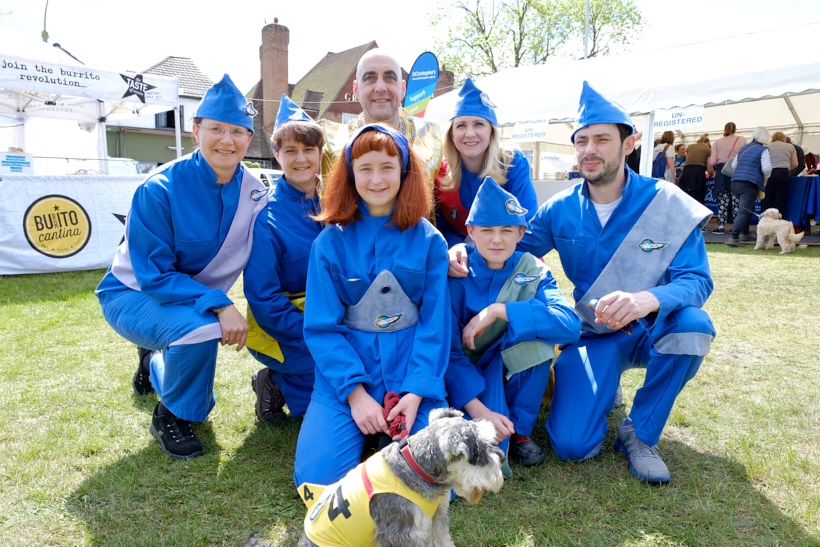 There are a wide variety of reasons why people choose to take part in St Christopher’s Fun Walk. For Kay Isom, from West Wickham in Bromley, it is an opportunity to remember her father, Al Reeve, and thank the hospice for the care he received.

Kay explains, “St Christopher’s looked after my Dad before he died in 2007, aged 70. He spent three or four weeks at the hospice and the care he received from the staff was just amazing. They pulled out all the stops for him to help him fulfil his final wishes. We took him to our Welsh home for the Easter period and St Christopher’s put everything in place to facilitate this, from organising a hospital bed and necessary equipment, down to ensuring the local District Nurses would visit every day.  He was able to spend his time in the conservatory, overlooking the Welsh countryside in a home he had worked so hard on (he was a carpenter and joiner) and loved so much. He was also able to be part of his youngest grandson’s third birthday down there. We brought him back on the bank holiday Monday and he died on the Thursday at St Christopher’s, content with his lot, even though he was only 70. He was always ‘glass half full’, my Dad.”

“Although my sister and I have walked for St Christopher’s throughout the years as part of Youth Club or The Matchbox Theatre, dressing up to remember my Dad on the 10th anniversary of his death, with the whole family, seemed the best way to say thank you to St Christopher’s and at the same time have some fun and family time together. And so team AREGO, which was my Dad’s company name, came to be and ‘Thunderbirds ARE GO’ walked eight miles in glorious sunshine.”

“There were eight of us in the team. I was joined by  my sister, Becky, and her husband, Cathal, my brother, Dave, who dressed up as the Thunderbirds villain the Hood, along with his wife, Gill and two of their children, Natalie and Michael, and their dog Mutley. We were welcomed at all the checkpoints with positive comments about our costumes and at one checkpoint, which I think was number five, they saw us coming and played the Thunderbirds music on their phone and we walked towards them having a laugh and joke marching in time to the theme tune.”

“To top the day off we were delighted to win the award for best team fancy dress, which was a really fantastic end to the day and made us even more pleased. There were some great team costumes so the hard work of producing ours felt even more worthwhile. All in all it was a fantastic day and I felt that being there and in fancy dress really made the day extra special and more fun than ever.” 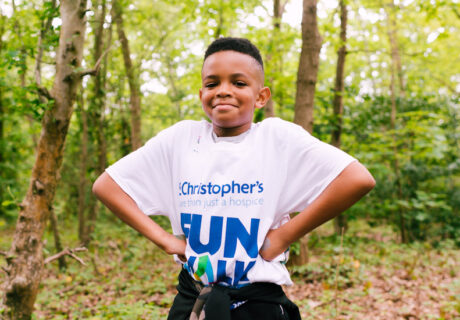