Sarah died of breast cancer in March 2020, aged 38. Her husband, Ben, who she lived with in Beckenham, took the time to tell us about Sarah, and about how he and his wife’s family and friends have remembered her.

“Sarah was so much fun. She had an amazing memory and loved planning things. She would plan our holidays: where we were going, what flights we were taking, taxis. She’d work everything out in her brain, and I was always baffled by it. When I met her, I wasn’t particularly organised – she taught me so much about how to organise myself, the house, work, she was astonishing. 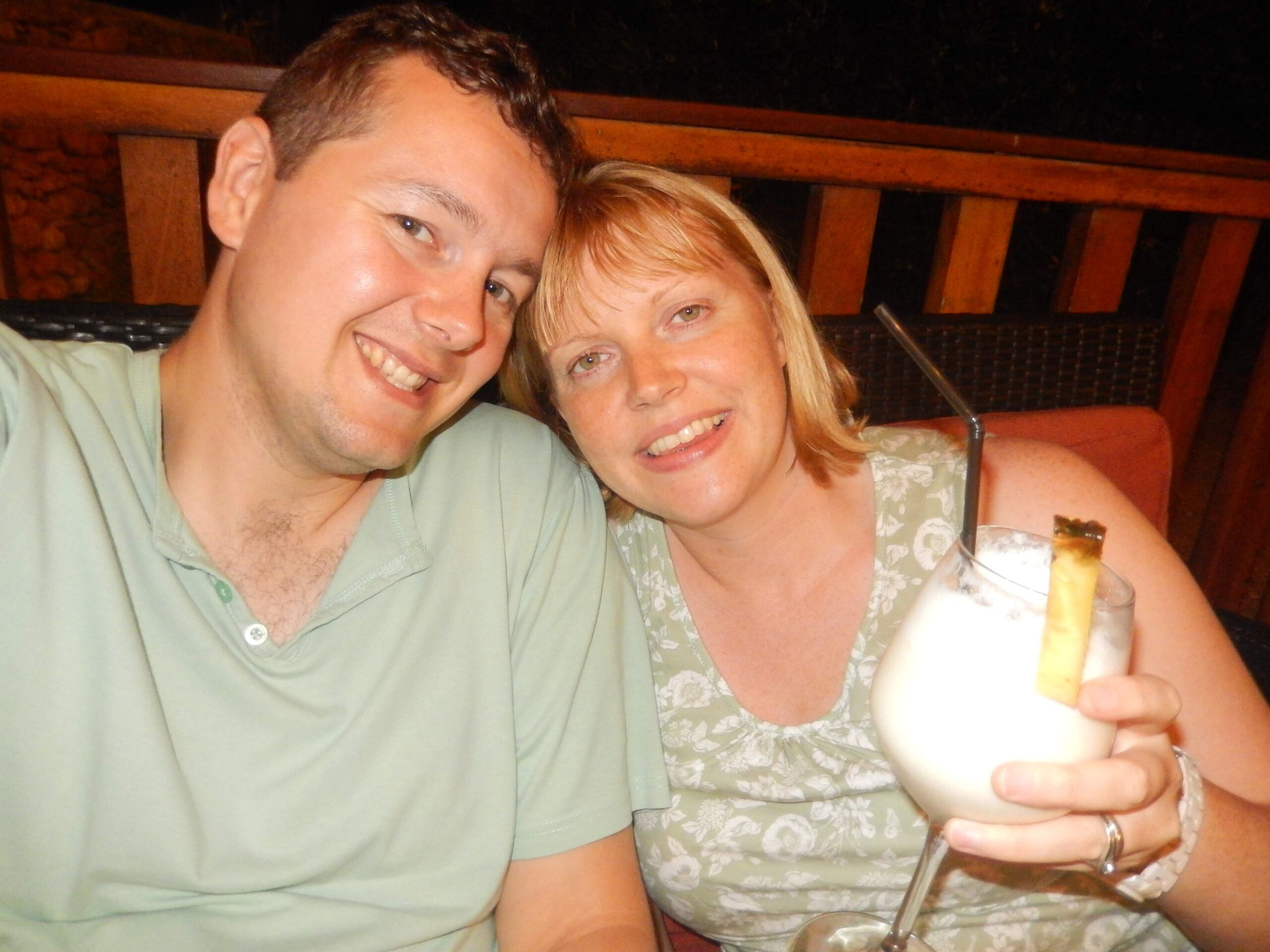 She had a large group of friends and she’d always bring them together, organising diaries and booking things in. In the year before she died, she very much declined in all the things she had been doing and so she helped me write lists that I could use to cheat. There’s no way I’d be able to do the things I do now without her influence really. She taught me so much. She guided me through.

Sarah had always wanted to work within the music industry. She worked for music copywriting pretty much straight after uni and she’d just got her dream job doing project management before being diagnosed. It was really exciting. She had started the role and was doing fantastically. It was so nice that she’d got it, that she achieved that before she became ill.

There’s no way I’d be able to do the things I do now without her influence really. She taught me so much. She guided me through.

Sarah also did lots of voluntary work, and for years ran a weekly club at her church for young people of various ages. She also ran a monthly youth group, and they would go for days and weekends away. She was always involved in youth work; she was just someone who’d have a game to play; how she managed to have this directory of games in her head I have no idea – whatever equipment was needed, or whatever the weather was, she’d always have something lined up and she’d always bring everyone together. Even in the last year of her life, she did the majority of stuff in the run up to the annual camping event which she led, and even though she wasn’t in the best of places, she still went along. Despite all this, she was naturally humble and didn’t expect anything for herself. 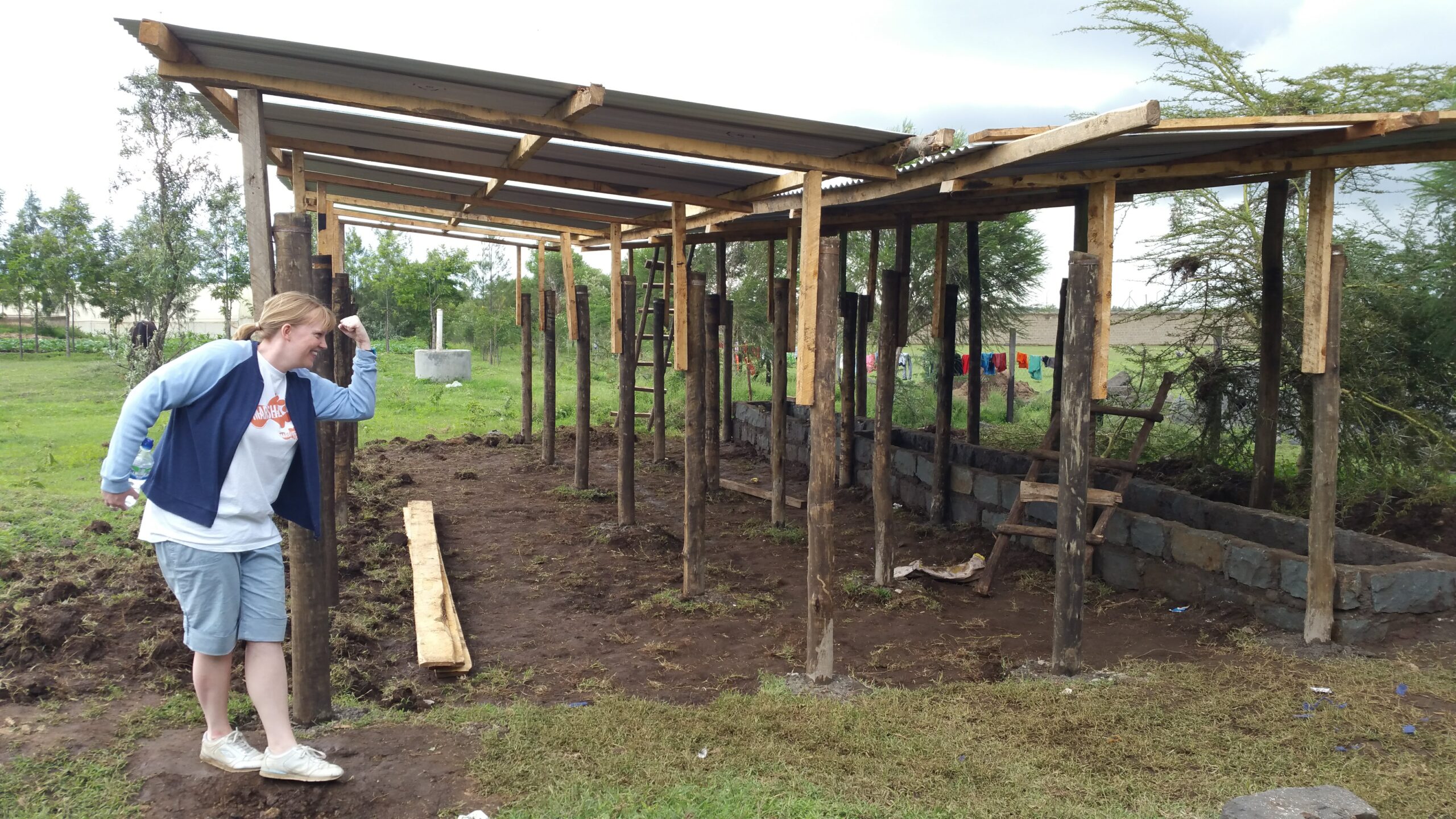 Sarah loved holidays, going to new places, loved being warm. One of our biggest ever adventures was going to Kenya in 2018. We went with the charity Footsteps International. It was through them that we had met back in 2009, when we both were helping out on the registration desk for a marathon they put on. They also run projects in Kenya and we’d been saying we should go. It was a fantastic experience and she absolutely loved it. The charity takes kids off the streets and gets them back into school and in education. Sarah was amazing with them; her ability with young people was fantastic – she was everybody’s friend. Whilst there we also went on safari, which is something she’d always wanted to do.  She delighted in seeing the rhinos and the giraffes, and she even spotted a lion up a tree – which took the tour guide by surprise!  Everyone said she had eagle eyes, and she was the first person to spot the rare animals like the leopards and snakes.

It was whilst we were on the safari that we first heard about St Christopher’s as Wendy (an occupational therapist at the hospice) was on the trip as well.

The word hospice, it has an implication, and we still thought that somehow, she was going to get better.

During the course of her treatment, Sarah didn’t think about getting involved with St Christopher’s. The word hospice, it has an implication, and we still thought that somehow, she was going to get better.  We thought maybe this would take a couple of years to fight off, we would find the right chemo or medication. We’d spoken about the possibility of her dying before, but when Sarah had an emotional drop, I tried to overcompensate by being positive, I told myself it would all be ok.

Wendy encouraged us to reach out to St Christopher’s though. In the last six months of her life, Sarah was in a lot of pain. She didn’t like taking medication, not even for a headache. She liked getting on with it, and she was still doing that even with the tremendous pain.

We first met staff at the hospice to talk about managing the pain and that was really helpful. We’d gotten to a position in the treatment where we were going from one hospital to another, and Sarah was on a medical trial alongside chemotherapy. There was a gap in her treatment as she awaited another trial. We felt lost and didn’t know where to turn. We reached out to St Christopher’s and explained what was going on; I don’t know what happened behind the scenes, but things were sorted shortly after. 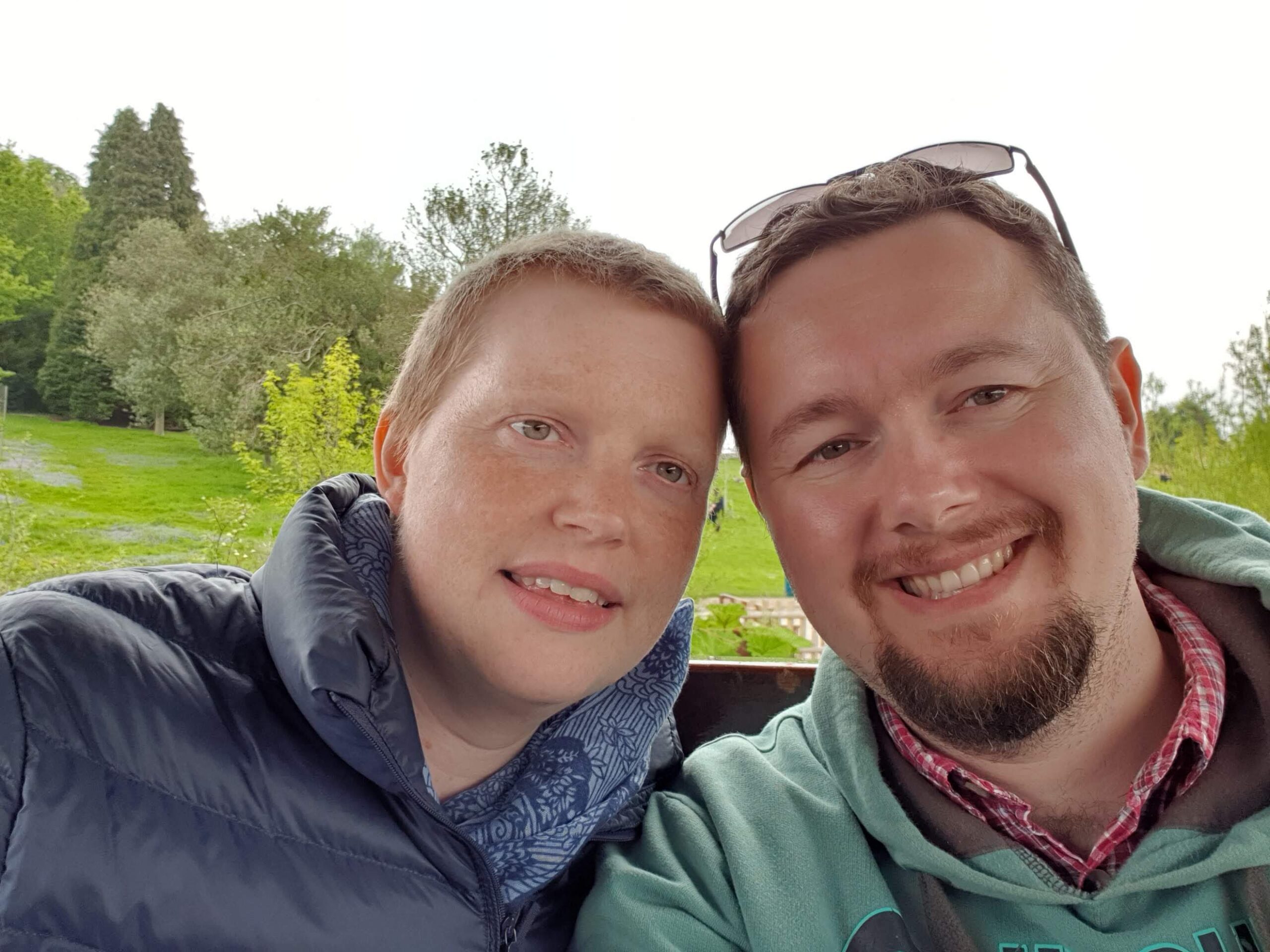 The whole experience testifies to her strength and her perseverance. We went through five different rounds of chemotherapy and at no stage did she say ‘I’m tired, I want to stop.’ Instead, she said to each one ‘no let’s face this’. Despite not knowing the side effects, she faced each one boldly.

When Sarah hit rock bottom emotionally, we went back to the hospice and they provided her with counselling. She had also deteriorated quite a lot physically, and found activity really hard because the cancer had got into her lungs and so affected her ability to take oxygen in. She went to the gym at St Christopher’s and it gave her a sense of purpose again and encouragement that she could improve things. She went a couple of times a week, often with her mum, Sue. Whilst there she also had regular appointments with the nurse who had talked to her about pain and managing how to live with reduced ability.

Then everything accelerated rapidly. Sarah was in hospital for a week following an operation on her lungs. After coming home for a few days, her ability to breathe again disintegrated and she was taken to hospital. Within 12 hours, she died.

I vividly remember her last day. She was so kind and generous with the doctors and nurses. She was obviously suffering tremendously and still she said ‘night, night’ to one of the doctors. It was just so beautiful. She wasn’t angry or resentful, she wasn’t asking ‘why me’ on that final day, she just faced it with such boldness and grace and beauty, and she was so strong and kind. Testing times bring out what’s inside you and what was inside Sarah was just beautiful.

We keep going, and keep doing things as a society, but it’s important to have those times to reflect and think.

This year has been particularly hard for me and Sarah’s family and friends, as well as people who weren’t immediate family, as so many couldn’t come to the funeral because of Covid. It was held in April, in the middle of lockdown. We posted online, with photos and things for those that couldn’t be there. One of Sarah’s friends said if she didn’t have that she doesn’t know how’d she’d have felt or been able to relate to what was going on. There’s something that happens from the ritual of attending a funeral that you need as part of mourning someone.

We want to do a big celebration of Sarah’s life when we can, and it’s safe to do so.

I don’t know what I would have done without having actual periods of remembrance. We keep going, and keep doing things as a society, but it’s important to have those times to reflect and think. It’s almost like having a touchpoint to look back on your experiences.

I love the idea of the Snowdrops for St Christopher’s appeal, and of being able to have part of a display that you can bring home with you afterwards. Most importantly, it will be somewhere for myself and Sarah’s family and friends, to go to specifically and deliberately remember her. It gives me a way to bring her into conversations, to talk about her and to think about her. I’m so pleased to hear how well the appeal is going. Thank you for the opportunity to be a part of it.”