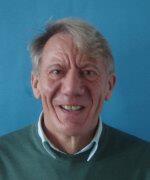 “I was a Steward on cruise lines, mainly the P&O lines since I was 18 years old and had circulated the world three times by the time I reached the age of 21. I worked with Foreign Office in an administrative role, and with the Communications Team during the cruises.

“I had knowledge of the shelling of the “Sheffield” and also the sinking of the Argentinian ship the ‘Belgrano’.”

“My friend Marion was admitted to St Christopher’s in the final days of her life and I was so impressed by the treatment and dignity she received and the kindness of the staff and volunteers to us visitors. I am the worst worrier on the planet and it gives me a balance of what’s important and what isn’t. It has also prepared me not to worry about death and dying. It reinforces my belief that in this materialistic world, there is another side to human beings; that they can be compassionate.” 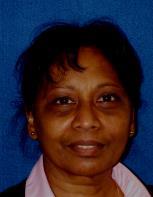 “After leaving school I became a nurse in Canterbury. I then took several part time jobs – McVities, Woolworth, local playgroup etc – while bringing up my children. With the kids at secondary school, I became a technician in a laboratory – this was so mundane that I decided to retrain and became a HR Manager. Going back to university was challenge, but I did it. After retiring I volunteered for Croydon Citizen Advice for 6 years, working with debts and finance, which was very interesting but also frustrating. I became a Magistrate in 2001 and left in 2018. I enjoyed this period but towards the end, with all the cutbacks, the legal system began to fall apart so I was happy to leave.

To destress I walk a lot and practice yoga. I enjoy my gardening except for the boring task of weeding, that’s why looking after the indoor plants with two other volunteers is such a joy.

When someone is feeling low and I am able to make their day better in a small way, it makes me feel good

I first learned about St Christopher’s from a friend I worked with at Citizen Advice. Having experienced three deaths of close family members over 4 years, I felt that I could understand and offer some support to others. Talking to patients and their families has allowed me to understand more about the effect end-of-life has on someone as well those close to them. Even though some patients have had enough and might be having a bad day, giving them a shower, or painting their nails (males as well as females), the joy and laughter during these sessions are wonderful and it becomes a better day. When someone is feeling low and I am able to make their day better in a small way, it makes me feel good. I try to be more understanding of family and friends and always think, ‘I’m so lucky’. Thanks St Christopher’s’.”

The Story Behind the Plant Volunteers

Claudette joined Terry 14 months ago, supporting him in debugging, and the ongoing care of the indoor plants around St Christopher’s.

“The green plants you see beautifying the building of St Christopher’s is the brainchild of Heather Richardson, who had the idea of introducing green plants to soften the atmosphere around St Christopher’s. After 18 months, Terry volunteered to take care of the plants. Little did I know what I was taking on. I brought a dozen or so plants and the scheme was born. The project has gone from strength to strength and with the help of donations, the former Nuffield Conservatory was converted into what is now known as the ‘Lavender Room’, the piece les resistance of our scheme.

The Lavender Room is the go-to place to relax. It is very busy on a daily basis, so getting into it to care, debug, water and even talk to the plants had proven to be very difficult and working around the groups using the room was becoming impossible. We have now been allocated an hour on Tuesday mornings to do this work.

The Lavender Room is the go-to place to relax

The plants on the wards, visitor’s rooms, wellbeing suite, consultation rooms, reception and surrounding corridors have increased over the last year, so another volunteer, Beverley Short, came on board on Fridays. The bonus for the team is, when staff, visitors and patients comment on how they love the plants and how well they make the place look.

The Lavender Room has been a firm favourite with everyone – a patient even decided to have their birthday party in the room with their friends and family.”