Well, I didn’t know that!

If you couldn't join us for our online quiz with Tom Allen, here are some of our favourite questions 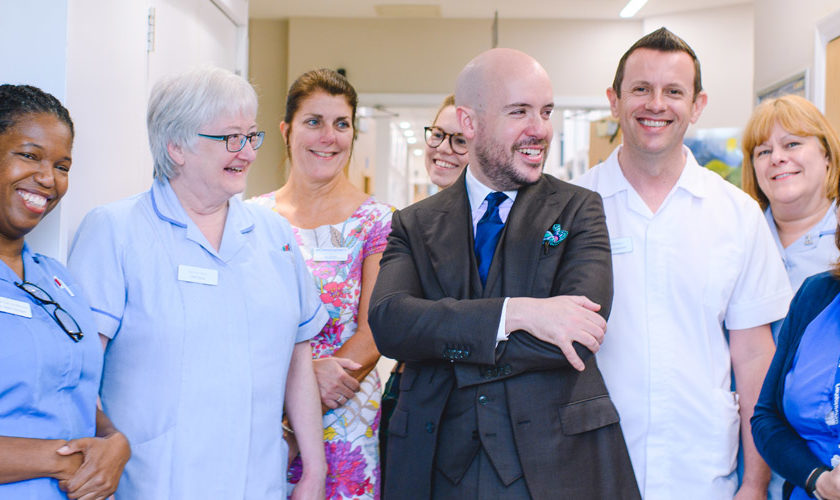 We hope that you enjoyed our online quiz featuring the lovely Tom Allen earlier this year as much as we did! Local comedian Tom visited St Christopher’s last year and offered to support us by hosting the event live.

Over 1,000 households tuned in to puzzle away the evening, and we raised a fabulous £12,208 for our Emergency Appeal. Thank you all so much!

If you weren’t able to join us, here are the questions from our favourite round – famous Chris’s and Christopher’s! How many do you know? Answers below.

1. Which actor came to prominence after his portrayal of Superman?

2. Which poet and playwright was born in the same year as Shakespeare and influenced his work?

3. Which Christopher is famed for his pantomime Dames?

4. Who owned Winnie the Pooh?

5. Radio DJ Chris Evans is the current breakfast host for which station?

6. Which British boxer is as famous for his monocle as his fighting?

7. Who sang about driving home for Christmas?

8. Who is the lead singer of the British band who’s albums include ‘A rush of blood to the head’ and ‘Viva la vida’?

9. What Australian soap star is best known for his role as Thor?

10. Christopher Lloyd plays which character in the Back to the Future trilogy?

11. Bonus question – who is St Christopher the patron saint of?